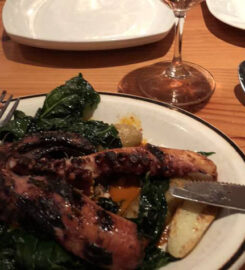 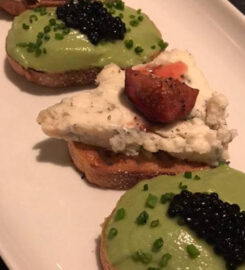 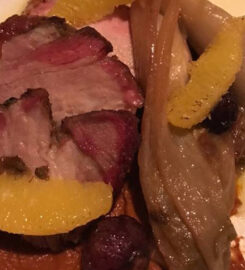 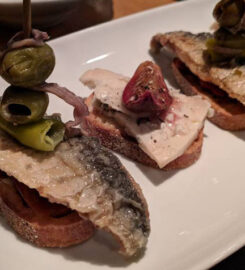 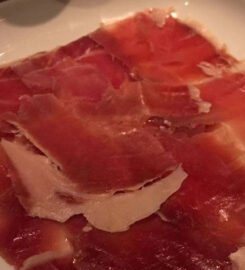 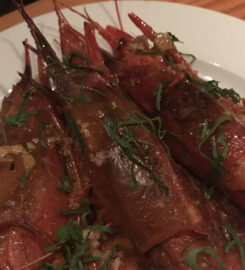 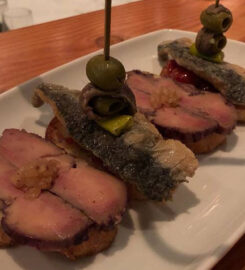 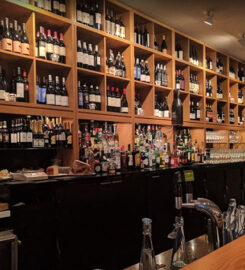 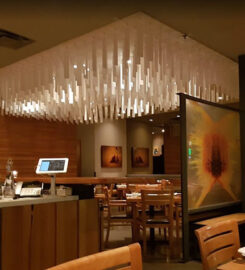 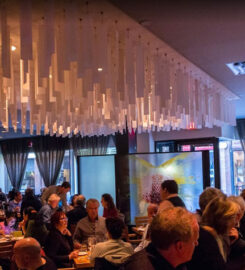 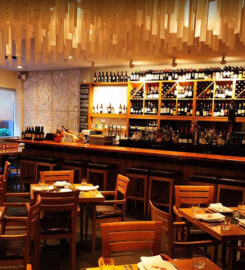 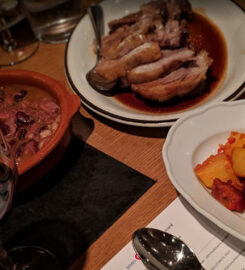 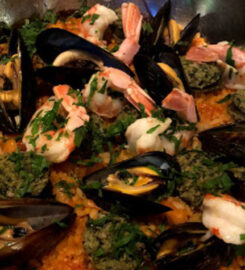 Be the first to review

Since it first opened in 2006, Cava was a well-established and well praised Spanish-influenced restaurant in the city. Chefs and co-owners Chris McDonald, who opened the restaurant in 2014, and Doug Penfold were responsible for the restaurant’s early success. The restaurant is widely regarded as one of the best places to eat in the entire city. It was consistently ranked among the top 10 on the list of the Top 100 restaurants in Toronto that was compiled by food critic Joanne Kates for Post City Magazine.

Inside, the dining area of the restaurant was outfitted with plush armchairs that were extra broad and comfortable for all of the guests. This was a throwback amenity that seemed a little out of place since eating in cafeteria-style seating or on bar stools is the standard.

A sculptured ceiling that hanged like icicles and a wall covered with shattered Rosenthal dinnerware were two of the most prominent decorative elements in the space.

In addition to having one of the largest varieties of sherry in the city, the bar at this establishment featured an extensive wine list and made fourteen of them available by the glass.

When it comes to cocktails, the bar preferred those with robust flavors that have a modest percentage of alcohol in them.

Variety of Menu Choices at the Cava Restaurant

The proprietors and chefs Chris McDonald and Doug Penfold were responsible for the inventive tapas, which were complemented by the establishment’s spare décor. Because of the effects of the harvest and the climate, several of the more than 30 available options were rotated out weekly.

The warm marinated olives and other were among the starters on the menu crafted by chef and proprietor Doug Penfold. The Supergilda, built on pan con tomate, crostini that had been rubbed with raw garlic and slathered with pressed cured tomato, was a constant on the menu despite the fact that many of the dishes adapted to the changing of the seasons. After that, it was finished off with an olive tower, an anchovy fillet, and escabeche sardines on top.

Although the restaurant’s house-made charcuterie, braised veal cheeks, and hand-cut, twice-fried papas fritas were always popular choices, diners never came back with the expectation that the restaurant would serve the same meals. The restaurant would surprise its guests with the goat milk feta tamal or the sea bream ceviche served with persimmons and escarole.

A salad consisting of endives and trevisso that was tossed in a creamy valdeon dressing (which is Spanish blue cheese) and served with smoked almonds and fresh pear cost $14. In a manner analogous to the technique taken at the bar, the components gave the impression of being light and uncomplicated, yet they concealed robust flavor profiles.

The roasted duck leg served with briny arbequina olives and sweet figs braised with honey, citrus, and cinnamon, was one of the heartier items on the menu. It was served with kale that had been sautéed and rye berries that had been seasoned with dill.

Typical examples of desserts with a Latin influence included churros with chocolate and chocolate soufflé made with Spanish coffee.

Because the eatery served a consistent clientele, many of the most well-liked dishes were permanent menu items. However, the restaurant also offered the odd new and seasonal dish in an effort to keep things fresh and exciting.

“Of course it is unfortunate that we have to close,” said Khash Khavari, restaurant’s owner. The things that we have been able to accomplish in such a short period of time are remarkable. We are prepared to extend the services we provide to our customers and to create something on a larger scale.”